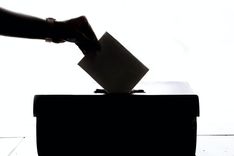 The final results of the Estonian Parliament elections of 2019 were called in with over 556,000 votes cast, setting the voter participation rate at 63,1%.

"Next year, internet voting in Estonia celebrates its 15th anniversary. We are extremely proud to have been part of the journey since the beginning and to still see the growth in its popularity," said Oliver Väärtnõu, Chairman of the Board at Cybernetica.

Cybernetica has developed internet voting software for Estonia since online voting was first allowed as an advance polling election method during the 2005 local government elections. Cybernetica has developed several of the underlying ecosystems of the Estonian e-government since the late 1990s, including the secure data exchange platform X-Road, the core technology for Smart-ID and the tax and customs systems.