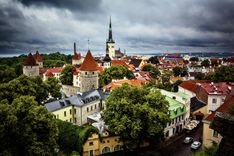 This started in the late 1990’s and early 2000’s: Estonia faced several challenges in economic development, overcoming legacy issues and securing a place in the international community. It was evident that overcoming these difficulties required a nimble, fast paced government.

However, Estonian public administration databases were in isolation and the data exchange between agencies, ministries and organisations was slow and inefficient. The Estonian Government’s State Information Systems Department commissioned Cybernetica as part of a joint project to develop the initial pilot, which was launched in 2001. Cybernetica took the leading role in implementing the data exchange solution and developing the X-Road since.

In 2001, Arne Ansper (Member of the Supervisory Board and Head of Development for the Information Security Systems Department at Cybernetica) concluded a deeper scientific research on the e-State “E-State from a Data Security Perspective”. With this, a model for the e-State architecture with the appropriate legal framework was presented. Thanks to the structure, which has security by design and distributed architecture, the data exchange platform has experienced virtually no downtime since its
inception.

The paper concluded: “… there is no single piece of technology or a solution that would guarantee the success of the e-State implementation project. However, there exist a number of technologies that, when not used, guarantee the failure of the project.” The data exchange technology that enables governmental interoperability is one of those in the latter category.

Throughout the years, we’ve continued development and improvement of the X-Road in Estonia, with X-Road version 6 being the latest. This version improved the integrity of data exchanged between organisations and additional measures to comply with requirements set by eIDAS. This included support for using qualified certificates to certify digital documents. In 2012 Cybernetica started a research & development project to develop the basis of the next generation interoperability platform, the UXP (Unified eXchange Platform), the core of which is also used in the X-Road version 6. With the prototype completed in 2013, the basis of UXP was adopted to build X-Road version 6. Work on version 6 was done from 2014–2015. The R&D was carried out with the aim of other countries across the globe having the opportunity to use this foundational technology and pave the way for a smart and secure digital government.

A major change with X-Road version 6 was the opportunity to have shared services between governments. Estonia and Finland have connected their data exchange layers for cross-border data interoperability. Because of significant movement of people between the two countries, this opportunity has direct impact on the well-being of citizens in both nations. Estonia and Finland have started several cross-border public services, primarily in healthcare.

Today, the X-Road in Estonia has connected over 450 institutions and enterprises and over 150 public sector institutions. There are roughly 52 000 organisations as indirect users of X-Road services and nearly 1300 interfaced information systems.

As a result of developing the X-Road and several other complex systems for the Estonian government and its various ministries (e.g. e-Police, e-Customs, e-Voting), we gained invaluable experience in how to build an e-State and develop a digital society. We are now sharing this knowledge and exporting our software products in over 35 countries across the globe.