Today, it’s estimated that the Estonian national data exchange system, called the X-Road, helped Estonia save 1407 years of working time in 2018 and is considered the backbone of e-Estonia.

Work on interoperability started in the late 1990’s and early 2000’s: Estonia faced several challenges in economic development, tackling legacy issues and securing a place in the international community. It was evident that overcoming these difficulties required a forward looking, fast paced government.

However, Estonian public administration databases were in isolation and data exchange between agencies, ministries and organizations was slow and inefficient. Governmental information systems were not taking advantage of the opportunities the internet presented and suffered from poor connectivity. It was clear that establishing new connections between governmental databases and systems was time-consuming and expensive. Both of these currencies Estonia could not really spare at the time.

And that’s not the final set of challenges. Battles were also held around organizational issues, as many legal entities were responsible for different registers and most of them were developed independently. The registers used various database back ends and had interfaces that weren’t standardized. Despite all of this, the government still had to function efficiently and offer services to citizens. And since most of the registers contained data that was sensitive (or confidential), security of the system had to be built in by design. 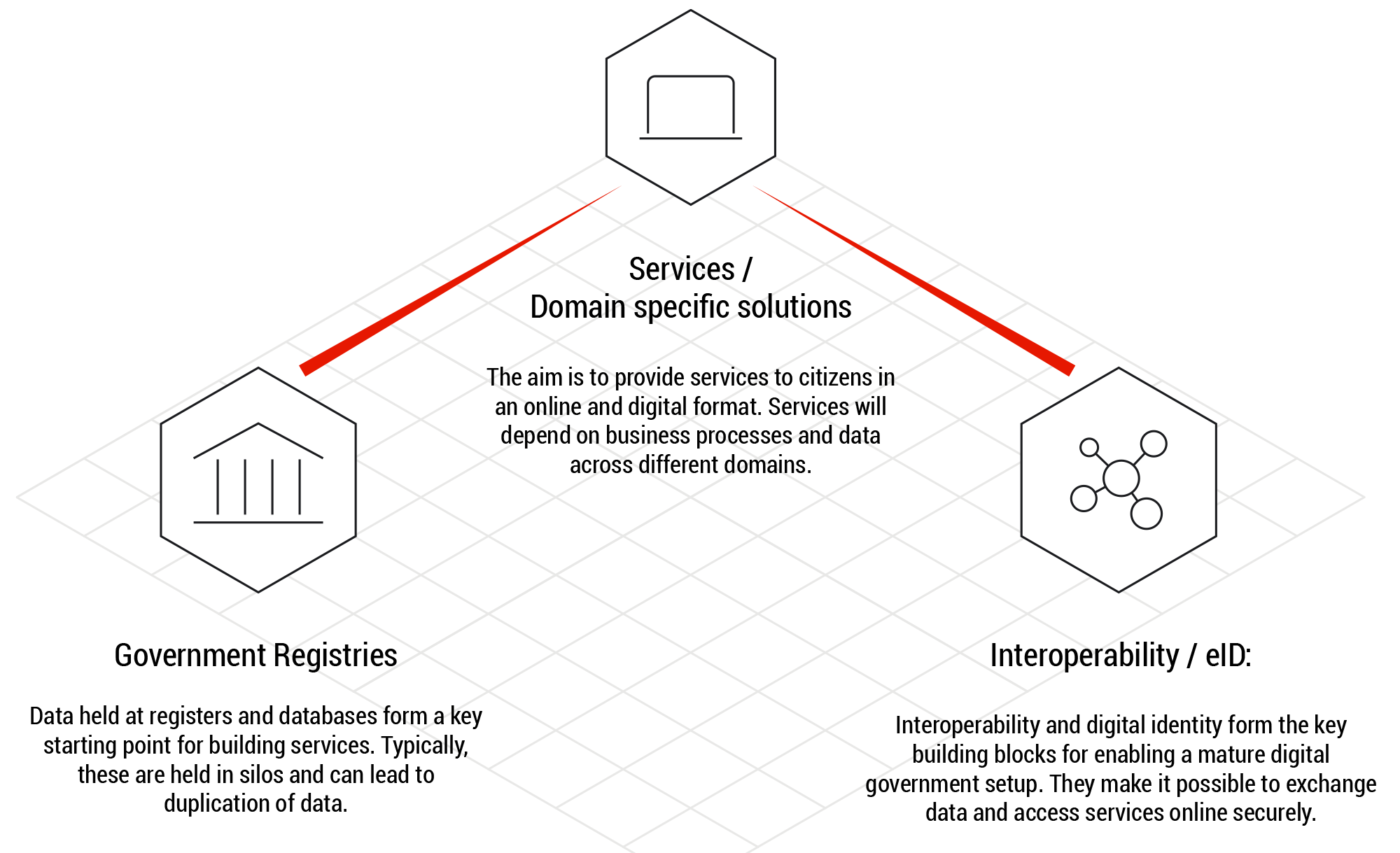 The government started to investigate ways to organize the communication between government entities already around 1998 — these seminars and debates led to the X-Road project in 2001.

The Estonian Government’s State Information Systems Department commissioned Cybernetica as part of a joint project (in partnership with Assert) to develop the initial pilot, which was launched in 2001. Cybernetica took the leading role in implementing the data exchange solution and developing the X-Road from there.

We were well suited to take on this challenge, as we had branched out from the Estonian Academy of Sciences and its Institute for Cybernetics in 1997. With a long history of working on the front lines of scientific advancement (the Institute of Cybernetics was founded in 1960), we were able to deliver a state-of-the-art solution for Estonia by using different technologies under a government setup in a novel way.

In 2001, Arne Ansper concluded a deeper scientific research on the e-State “E-State from a Data Security Perspective.” With this, a model for the e-State architecture and the appropriate legal framework was presented. Thanks to the structure, which has security by design and distributed architecture, the data exchange platform has experienced virtually no downtime since its inception.

“… there is no single piece of technology or a solution that would guarantee the success of the e-State implementation project. However, there exist a number of technologies that, when not used, guarantee the failure of the project.”

The data exchange technology that enables governmental interoperability is one of those in the latter category (this was also highlighted in the World Bank Development Reportwritten in 2016).

Throughout the years we continued development and improvement of the X-Road in Estonia, with X-Road version 6 being the latest. This version improved the integrity of data exchange between organizations and introduced additional measures to comply with requirements set by eIDAS. It included support for using qualified certificates to certify digital documents.

In 2012, we started a research & development project to develop the basis of the next generation interoperability platform, the UXP (Unified eXchange Platform).

With the prototype completed in 2013, the basis of this work was adopted to build X-Road version 6, which was done from 2014–2015. The R&D was carried out with the aim of other countries across the globe having the opportunity to use this foundational technology and pave the way for a smart and secure digital government.

A major change with the new generation interoperability platform was the opportunity to have shared services between governments. Estonia and Finland have connected their data exchange layers for cross-border data interoperability. Because of significant movement of people between the two countries, this opportunity has direct impact on the well-being of citizens in both nations. Estonia and Finland have started several cross-border public services, primarily in healthcare.

In 2017, the governments of Estonia and Finland decided to form a jointly managed special purpose organization – NIIS – with the aim of administrating the X-Road development and it took over the X-Road core development in 2018.

We continue our work on the forefront of interoperability and secure data exchange with independent research and development and implementation of the Unified eXchange Platform.

In 2016, the World Bank Development Report highlighted two foundational technologies that enable a secure and smart e-government ecosystem: digital identity and data exchange. We have developed solutions for both areas (digital identity; secure data exchange) and the main challenge for governmental data exchange has been how to ensure secure and reliable exchange of mission critical data in an adverse, complex, and dynamic environment.

The report, written by Kristjan Vassil from the Institute of Government and Politics at the University of Tartu, goes on to describe some of the characteristics of the X-Road: „ … open design is accompanied by rigid security measures — authentication, multilevel authorization, high-level log processing and monitoring, encrypted and time stamped data traffic — the basic functionalities that are covered within the very structure of X-Road.“

As a result of developing the X-Road and several other complex systems for the Estonian government and its various ministries (such as e-Police, e-Customs, e-Voting), we have gained invaluable experience in how to build an e-State and develop a digital society.

Today, we support governments and enterprise around the world in implementing secure data exchange and interoperability. Examples of nation-wide interoperability frameworks implemented by us include Aruba, Bahamas, Benin, Greenland, Haiti, Namibia, Tunisia, and Ukraine, as well as domain specific implementations in the US and Japan.