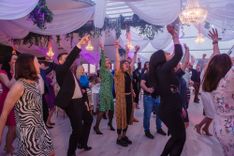 “The main reason why I've stayed here for that long is simply because of the people I get to work with in Cybernetica.”

In May we turned 25 and decided to throw a festive celebration for our silver jubilee. The party took place at a stunning scenery in Jõelähtme, and in addition to the anniversary celebrations, we also acknowledged our long-term employees that have an outstanding record of working with us. Their service ranges from 5 to 25 years, so some of them have been with us from the very beginning. “My reason for staying at Cybernetica for such a long time are simply the amazing people in our team,” said Marit Aasmäe, our Senior Accountant - she is one of the people from our early days.

The main entertainment was brought by the excellent performance of surprise guests: opera singers Helen Lokuta and Reigo Tamm, and the band Bossenova. However, the final show of the evening was delivered by our own in-house DJ - our Chief Scientific Officer Dan Bogdanov. As far as we know, there are quite many DJs among our own people, but this time it was Dan who stole the spotlight.

Dan also explained briefly why he added these specific songs to the playlist, you can read his comments below. To keep up the theme of the jubilee, Dan’s compilation contains only hits from 1997, the year Cybernetica was founded. To listen to the entire set, follow the link below.

Hopefully this nostalgic PLAYLIST is something you'll keep replaying!

U2 - Discothèque
MTV played this song a lot. Electronic music was hot so U2 was also using drum machines, sequencers and samplers. And of course, lots of flair and catchy guitars from Edge. Felt like a good party starter.

Foo Fighters - Everlong
I was worried about this one for a while, but a 25 year old person confirmed that this song is relevant to her as well. I also think the lyrics are very much about going forward, just like us.

Blur - Song 2
A Britpop sensation, Blur’s Song 2 is rather famous. It also has a 2:02 running time and minimal intro. I dragged this one just a bit too long for dramatic effect. My sincere apologies!

Vennaskond - 15
I wanted to have some more Estonian songs here. Other candidates included Bel Air by Dzheims and Škoda Mazda by Ritmos Liquidos. They didn’t make it.

Rammstein - Du Hast
I think there is a reason why Rammstein has had live concerts in Estonia so often, we must be their number 1 fans. Also, I’ve always enjoyed the fact that just by listening to the song, you don’t know whether it’s “du hast” or “du hasst”. Just delicious. Probably the whole point.

Metallica - Fuel
Reload has lots of cool songs on it like The Unforgiven II and The Memory Remains, but they fit a huge Tartu live concert much better than an upbeat dance party. So, we got Fuel which has a lot shorter intro than Song 2 and makes mixing somewhat easier. Just start it whenever, wherever.

Radiohead - Electioneering
OK Computer is a landmark album with tons of hits, but it has a somewhat different-yet-similar problem as Reload. The other songs are a bit more downtempo (some would say - depressive). The lyrics are a bit Radiohead, of course, mocking politics. So - greetings to everyone who ever wanted to hear Radiohead at a Cybernetica party! From feedback, I know there were a few of you.

Notorious B.I.G. - Hypnotize
I originally wanted to go for Mo’ Money, Mo’ Problems from Biggie. Or Sock It 2 Me by Missy Elliott. However, exactly 25 years ago, at Cybernetica’s founding, Hypnotize was number one in the Billboard Top 100 in the US. So, Hypnotize it was.

Puff Daddy, Faith Evans, 112 - I'll be missing you
So, how to get a song to be Billboard Top 100 number 1 for nine weeks in August later that year? Dedicate it to the memory of Notorious B.I.G. If you’re angry that Puff Daddy took the instrumental from The Police, that’s been the hip hop thing to do since it got started.

Jamiroquai-Alright
The album came in ’96, but this excellent tune helped bridge the downtempo rhythm to the things that would come. Picked up the tempo a bit.

Janet Jackson- Together again
This one got heavy rotation on MTV, in addition to the Joni Mitchell-sampling Got’til It’s Gone. All in all, it’s a nice feel-good album.

Moodymann- Music people
Moodymann is a musical genius. It's especially painful that my mixing of his song into Together Again was not worthy. Some would even say: “Mediocre!"

Todd Terry, Martha Wash & Jocelyn Brown- Keep on Jumpin'
Todd Terry is a legendary house producer and the song mixes really well with Music People so even I was able to pull off a decent beatmatch here.

Nuyorican Soul feat. Roy Ayers- Sweet Tears
Nuyorican Soul is an absolute classic album from Little Louie Vega and Kenny "Dope” Gonzalez - also known as Masters at Work. Their work is legendary, but this particular album has a ton of hits like Runaway and I Am The Black Gold of the Sun. Sweet Tears is one of the more upbeat songs.

Ultra Naté- Free
The song is probably on quite a few “Best of the 90s” compilations. Also, pulled off another decent mix right there. A bit too tight, still.

Daft Punk - Around the World
Daft Punk released Homework in 1997 which immediately creates Problems. Should you play Revolution 909? Da Funk? Revolution 909 is a massive tune. But everyone probably knows Around The World.

Roni Size & Reprazent- Brown Paper Bag
New Forms carved a mainstream niche for drum and bass like no album before it. It received the Mercury music prize and was certified platinum. I’ve always loved the version with the vocals so I picked a full vocal mix. If you ever dig in, the album starts with the intro tune Railing. And while drum’n’bass is usually a fully electronic genre, New Forms was something you could play with actual drums and bass.

Adam F- Dirty Harry
Colours is another classic from 1997. Circles is the typical single, but I went offroad with this one, playing Dirty Harry, a more funky, moodier, and instrumental tune that highlights Adam F's upbringing, being around music all his life. The remix version also allowed me to bring in Grooverider, the godfather of drum’n’bass.

Goldie- The Calling (remix)
So, remixes all the way. Goldie is another classic, who is still releasing albums to this day. V Recordings (who issued this album) was the home to a lot of stellar figures like Krust (think Warhead, Kloaking Device) and Dillinja (The Angels Fell, Nasty Ways).

And here you can see a selection of images from our birthday celebration party! 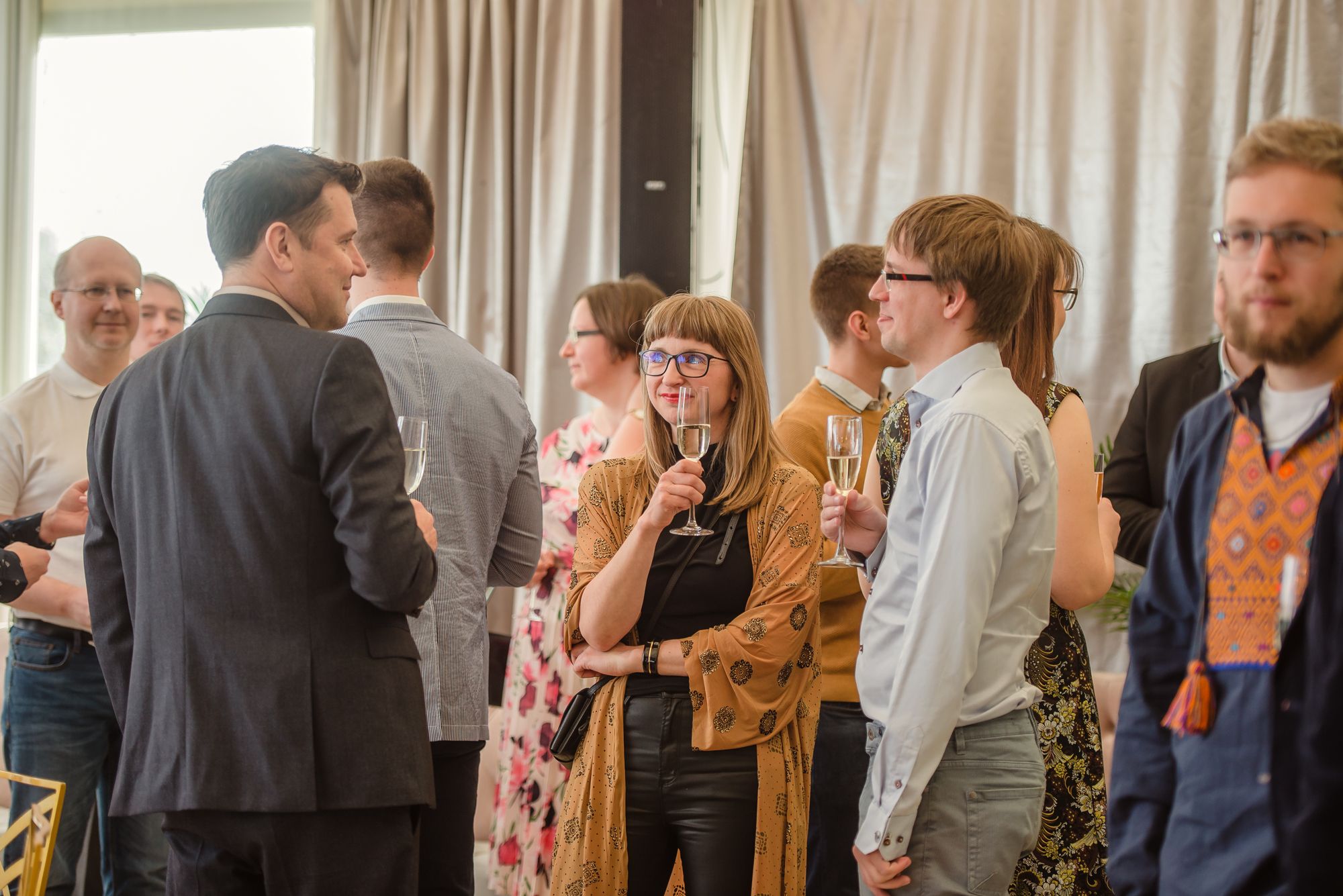 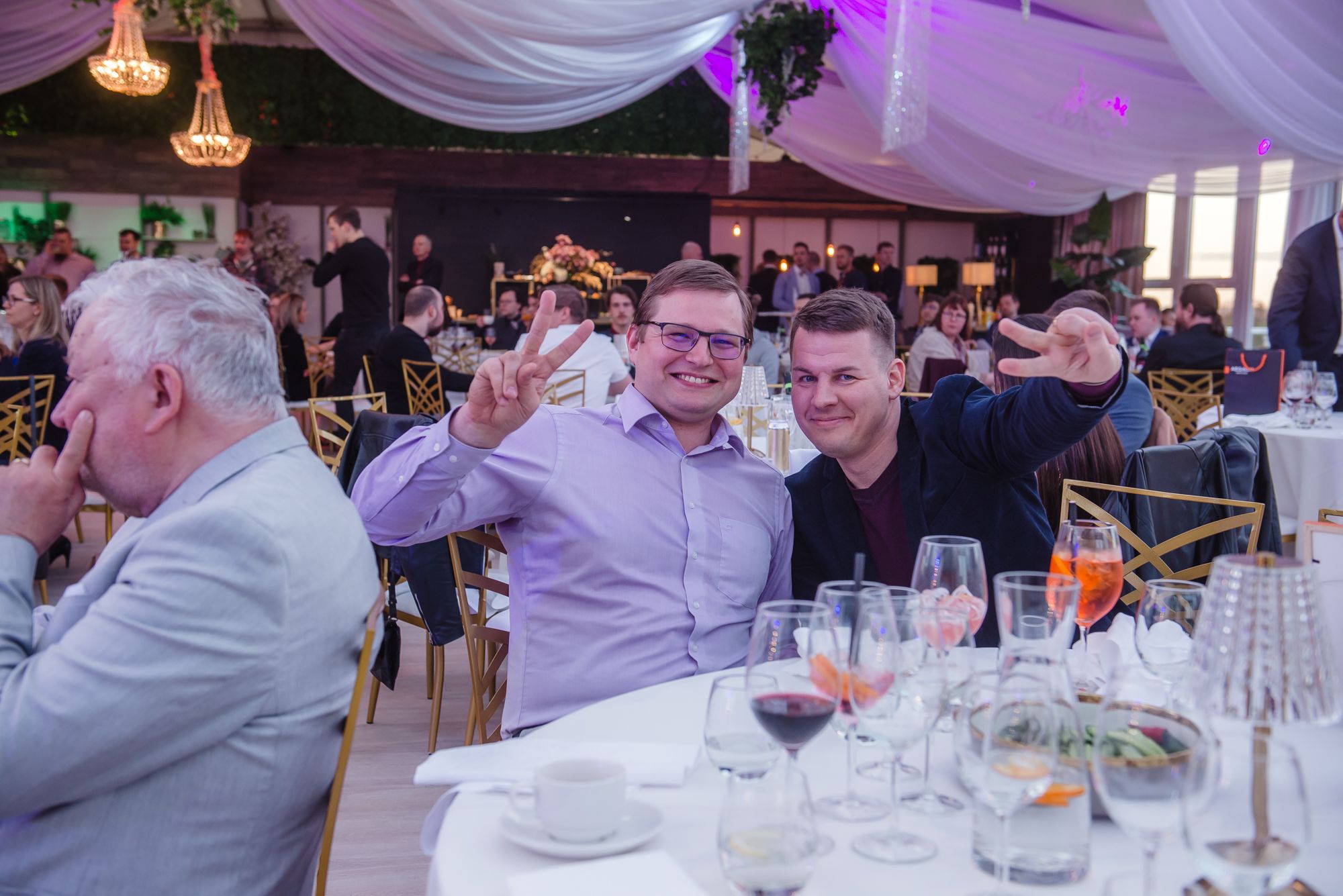 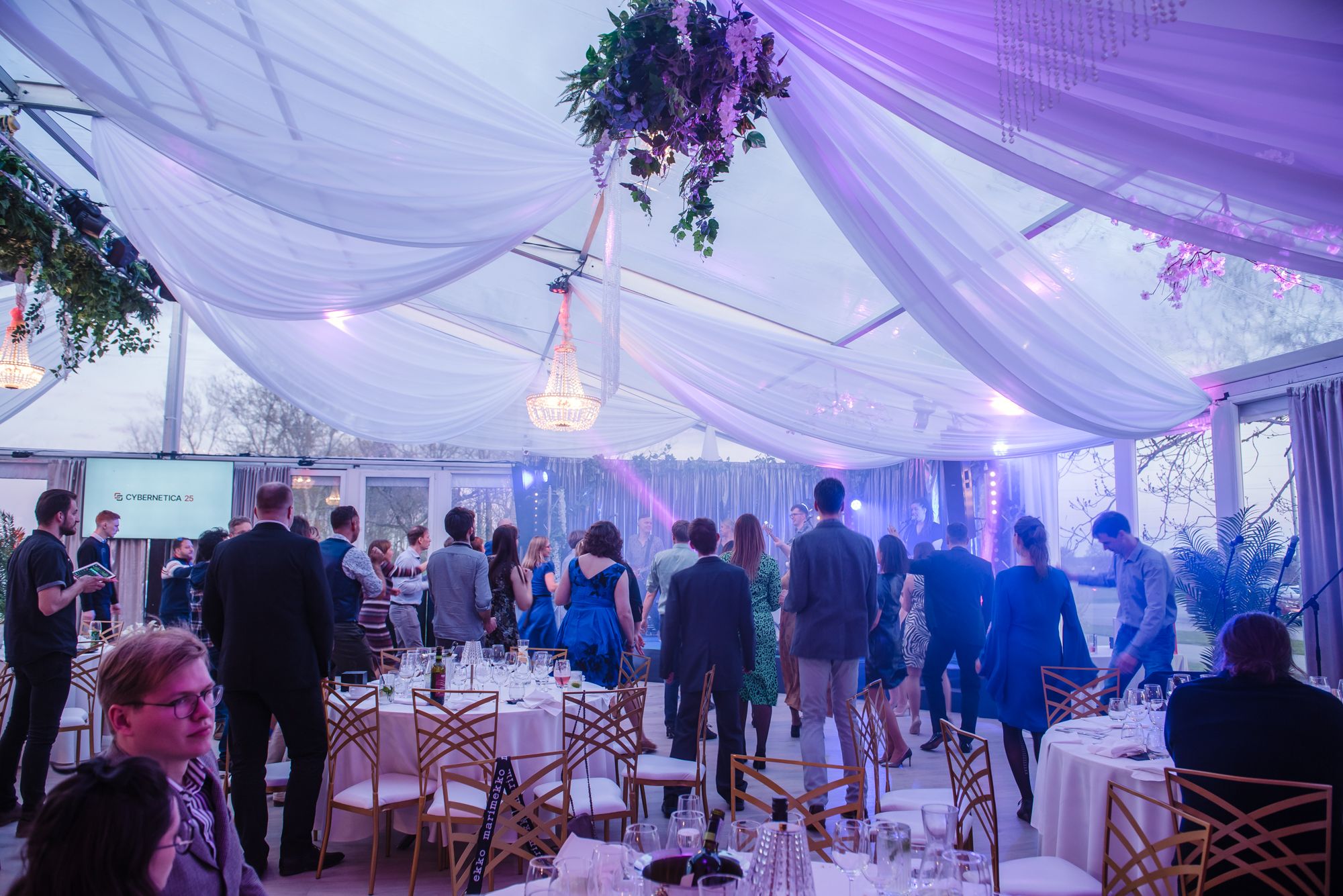 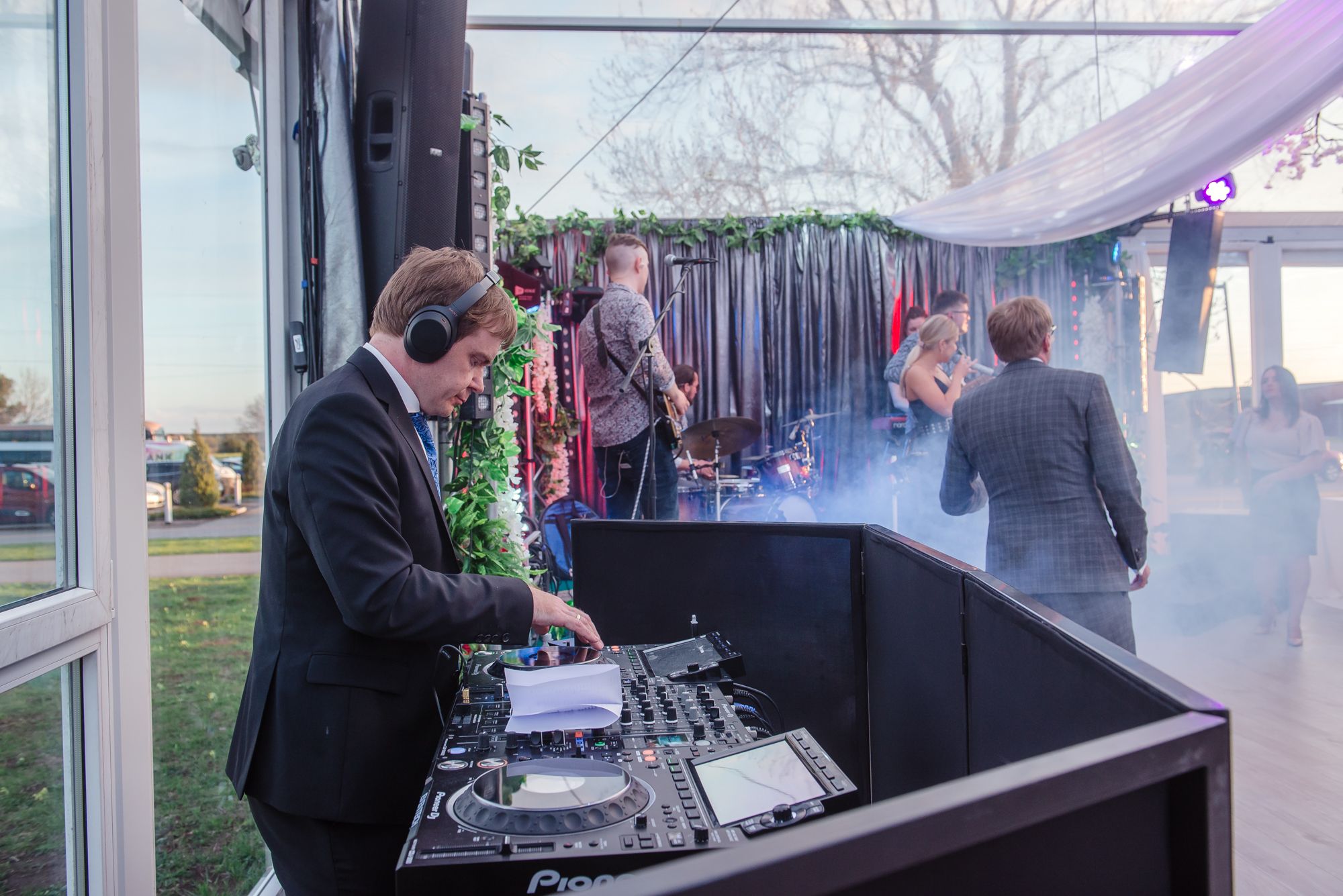 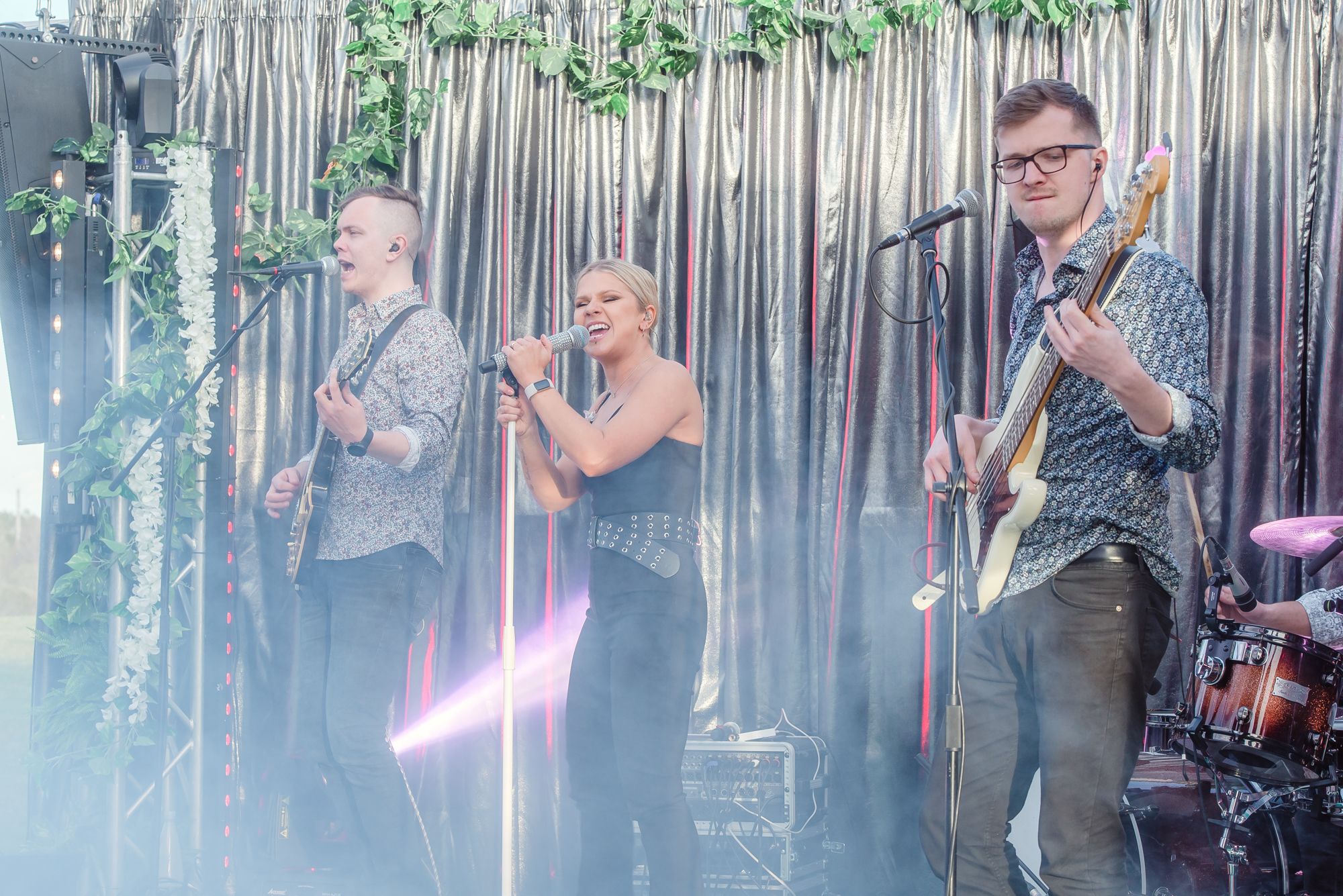