“Usually, the companies that never expect to be attacked, do, in fact, get attacked in the first place. Due to that, always be prepared to become a target and be prepared accordingly.” 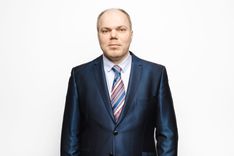 Everything that is connected and visible to the public Internet (but not limited to) is a target for cyberattacks. Without going into too much detail about countless types of attacks, in a simplified approach, there are two types of attacks – (semi-)automatic, not very specifically targeted, and targeted attacks.
The first type is taking place all the time – different bots and botnets are attacking systems connected to the Internet and trying to find common vulnerabilities. They are usually more easily detectable and preventable. Such attacks are usually noisy and there are often traces in logs.
Read more about setting up effective logging here.
The other kind, a specifically targeted attack, is more difficult to detect as attackers are taking their time to understand the system, trying to hide their traces and polish their attack to be more successful. In such cases, the breach is often noticed when the attacker has already been researching your system for a while, the attack has taken place and/or systems start to work differently than they should. Neither of these attacks should be underestimated as both may lead to a serious compromise.

So, how to understand that a system has been compromised?

Here are a few potential indicators suggesting that your system might have been broken into:

In some cases, this behaviour may just be an anomaly, but when a few of them start to appear simultaneously, it is time to take notice and react. Especially if you see a message from an attacker (for example, in ransomware attacks), there should be no question and a quick response should follow.

There is a reason to believe that an attack has occurred

When the time comes to take action against an attack, it is important to understand that not only the IT systems become disabled and vulnerable, but the business in general. The attack can affect the operation process of a business, as well as its partners.
Steps to take when you believe that your systems have been breached:

Who attacked What;
When did it happen;
Where are the exploited vulnerabilities;
Why did the attack take place (motivation behind the attack);

Potential consequences of cyberattacks to consider

Like mentioned previously, cyberattacks are not only a problem of the IT department. There are three important dangers to consider regarding such attacks:

Taking these into account, it should be clear that one should worry about preventing cyberattacks rather than recovering from them.

Reduce the risk of getting compromised

If you recovered from the attack, learn your lessons. Perform a retrospective of the incident, document how the incident was solved and what should be done better next time. Make sure to understand how the attack took place – which vulnerabilities were exploited and how. Educate your personnel to prevent further similar incidents.

But most importantly, focus on prevention.
Get an overview of the current security status of your systems – performing vulnerability scans, configuration reviews and penetration testing could be helpful. React and do not ignore the findings.

Start preparing for another attack – create crisis and incident response plans and assign responsibilities. Do not forget to test the plan! Review and improve your organizational security policy, perform a risk assessment, identify sensitive assets and measures to protect them.

Compile plans and gather helpful partners that are ready to help you!
Review and test your systems periodically – perform vulnerability scans, configuration reviews and penetration testing.
Usually, the companies that never expect to be attacked, do, in fact, get attacked in the first place. Due to that, always be prepared to become a target and be prepared accordingly.