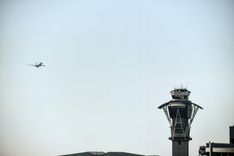 Cybernetica won EANS bid to develop remote tower audio-video processing system prototype for Estonian air traffic control. The prototype will be built and tested at Tartu Ülenurme international airport and will eventually be used in at least three airports around the country.

According to Dr. Meelis Nõmm, Head of Radio Surveillance in Cybernetica, the project has potential to reform modern air traffic control in countries facing similar challenges with Estonia. "Scarcely populated areas that still rely on air traffic can benefit immensely from remote tower solutions, as no physical attendance of air traffic controllers in every single airport is needed any longer - operations can be managed from a central location," Dr. Nõmm explains.

In the first phase, the prototype will test audio-visual components only, by mounting 360-degree and binocular cameras to provide a visual field comparable to the actual tower. "Visual is the most important aspect for the air traffic controller, but in fact adding sound immensely adds to the perception, enhancing not only the quality, but the level of comfort for the controller as well," Dr.Nõmm says. In the second phase, the demo system will be built and deployed. Once deemed successful and certified by the Civil Aviation Administration, the remote tower solution will be used by Tartu International airport, and later in small regional airports around the country. The rest of the air traffic control systems necessary for remote tower operations will be installed by Estonian ANS:

Estonia would be the first country implementing a remote tower solution for air traffic control at such a large scale. "Remote towers have been built before, but never at national levels, that have such a positive impact on remote regions," Dr. Nõmm says. "We will be able to build an air traffic control ecosystem that is completely location-independent, which adds not only efficiency, but safety in critical situations as well. We are basically adding capabilities to air traffic controllers, and making their jobs easier meanwhile," Dr. Nõmm adds.