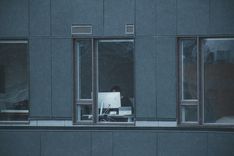 Cybernetica, in a multinational consortium led by Indra Sistemas (ES) with other members from Italy and France, was awarded 10,9 MEUR from the European Commission’s European Defence Industrial Development Program (EDIDP) to build the European Cyber Situational Awareness Platform (ECYSAP). The role of Cybernetica is to provide sensor integration and situational awareness visualisation to the platform intended for military use.

„We are delighted to be a part of the first EDIDP call and one of its major initiatives in building an innovative cyber situational awareness platform for the European militaries. Our previous experience in the field of cybersecurity, combined with our expertise in building secure cyber-physical systems, adds clear value to what is a milestone in the collaboration for innovating the European defence industry,“ said Oliver Väärtnõu, CEO of Cybernetica.

According to the Minister of Defence, Jüri Luik, the investment in the amount of more than 10 million euros to the projects of Estonian defence companies will increase the competitiveness of our domestic defence industry, create possibilities for new developments, and strengthen the defence capability of Estonia, as well as the EU as a whole.

„Common budget has never before been used in the EU for endorsing defence-related research and development. This will decrease the fragmentation of European weapon systems and foster the interoperability of the armed forces of the member states,“ added Luik.

Director General of the Estonian Centre for Defence Investment, Kusti Salm said that EU’s investment to Estonian defence industry is substantial. „The fact that under Estonia’s guidance a pan-European development programme for unmanned mainland systems was prepared and implemented, is undoubtedly the biggest achievement of our defence industry. Leading common projects and participation in them is of valuable experience to our companies, as well as to the state. It provides the opportunity to blend to the supply chains of big corporations and increase the export of Estonian defence industry, which will bring additional value to our economy,“

Principles of the current programme were generated and agreed between EU member states during the Estonian presidency of the EU. Today, these ideas have become a reality and the Estonian defence industry will get a chance to lead one of the most ambitious development programs of the EU.

During 2019-2020, European Union will invest 500 million euros to defence-related research and development through EDIDP, from which 10 million will be directed at Estonian companies.