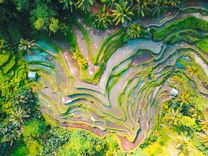 Cybernetica worked on a large-scale implementation of radio communication system for major Indonesian ports from 2012-2018. Over the course of the period, we completed over 60 installations and integrated different sites to provide central control and supervision of the system’s performance. The deployment was in compliance with Global Maritime Distress and Safety System (GMDSS), which is an integrated maritime communication system that uses terrestrial and satellite radio communication systems. The GMDSS ensures that ships can receive maritime safety information and send alarms regardless of their location.

The coastline of Indonesia is one of the main and busiest waterways in Southeast Asia, and accounts for a third of the world’s marine commerce. Here we take a look at the demanding conditions and expectations for the project that ultimately became a success.

Indonesia lies in the centre of international shipping routes, linking the Indian Ocean with the South China Sea, which makes it a crucial global transportation waterway. The coastline of Indonesia, stretching from Asia to Australia and the Pacific, is made up of tens of thousands of islands with the main waterways carrying a heavy traffic load. This calls for an all-encompassing maritime radio communication and vessel traffic service system. Cybernetica acted as the core technology partner in deploying a modern, functional, and cohesive GMDSS radio communication network across a large part of Indonesia, helping to increase maritime safety in the Southeast Asian region.

GMDSS in a Nutshell

According to the International Convention for the Safety of Life at Sea (SOLAS), the Indonesian state has an obligation to ensure maritime radio communication in its area of responsibility for maritime rescue. Tough conditions pose numerous navigational threats, keeping in mind that this region accounts for a third of the world’s marine commerce. The seas around the Indonesian archipelago are shallow, with many reefs, and unfortunately piracy is quite frequent. In fact, the United Nations has declared the straits between Indonesia and Malaysia as the world's most perilous.

GMDSS was developed by the International Maritime Organization (IMO) in collaboration with Inmarsat, International Telecommunication Union, and other international organisations. GMDSS has been fully implemented by IMO since February 1, 1999, and is mandatory for all passenger and cargo ships sailing internationally and exceeding 300 gross tonnage.

The main functionalities of GMDSS are:

Deploying a GMDSS communication system across Indonesia at scale facilitates operative practices for search and rescue and addresses the concerns of maritime safety and security. As a result, both natural and man-made dangers that affect seafaring vessels can be mitigated.

The GMDSS radio communication system across the Indonesian archipelago was built from 2012 to 2018. During that time, Cybernetica completed over 60 installations, including supplying or extending the operator’s radio communication systems in major ports like the Port of Tanjung Priok, Cilacap, Jakarta, Kupang, and Palembang among others. In the final phase of the procurement, different sites were integrated to provide central control and supervision of the system’s performance.

The system was designed keeping customer demands and a gradual set-up in mind. Therefore, open architecture and scalability were at the top of the list. While much of the land in Indonesian coastal areas is covered with thick jungle or swampy shrublands, reliable functioning, continuous monitoring, and preventive maintenance of the system equipment were also of utmost importance. In total, we delivered more than 60 radio sites with over 400 radios, 50 operator centres, a main central operator, and a supervision station.

Cybernetica has successfully delivered similar projects in the Southeast Asia before, namely in Singapore, and Malaysia. Deploying a comprehensive GMDSS radio communication system in Indonesia served as a good opportunity for us to build trust among local market players.

If you’re looking for an experienced technology partner in radio communication systems, feel free to reach out to our specialists at sc-sales@cyber.ee. Discover more: https://cyber.ee/products/radio-communication/